How to Deal with Household Fungus 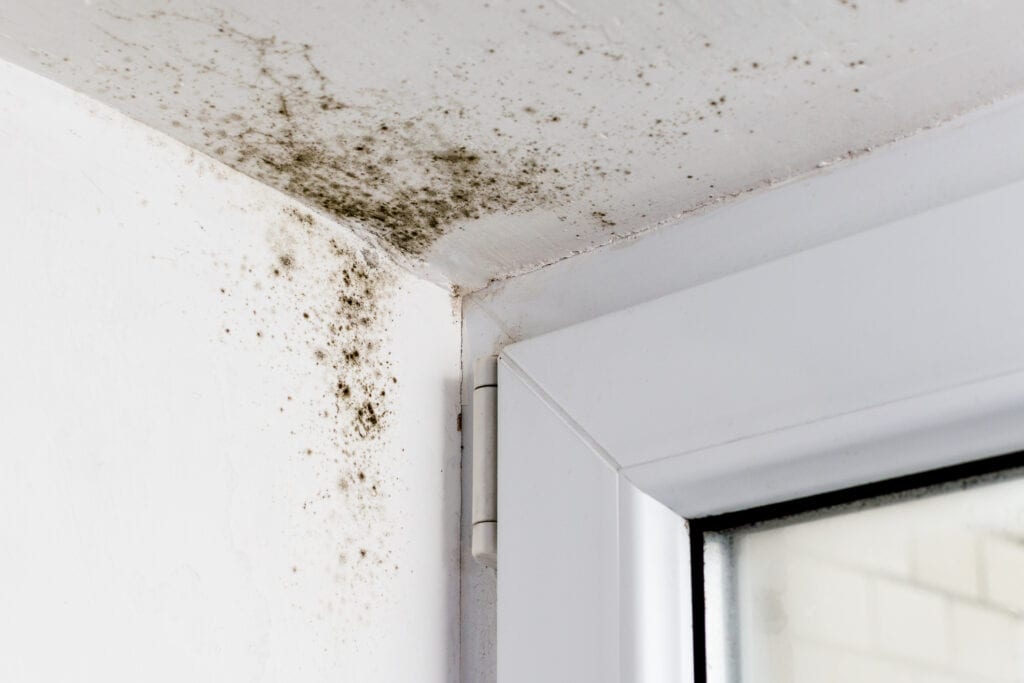 Nothing mars a beautiful home interior more than the unwanted incursion of mould. Mould’s reputation carries with it more than just an unsightly appearance—it can cause serious illness, and if left unchecked can result in costly repairs. Let’s take a closer look at what mould is, how to prevent it, and what to do if you find it in your home.

What is mould, anyway?

Mould is the term used to describe fungus that grows on food and in damp environments in our homes, presenting in patches of dark grey, green, black or white. Although spores exist naturally in our environment and are ever-present in the air we breathe, when conditions are right for their growth, they can become a concern in our homes.

Mould and mildew are often used as two distinct terms, though both describe fungi which we find in our homes. The difference is mildew grows on surfaces causing only cosmetic damage, while mould (referring to toxic fungus) spreads more easily, penetrating building materials and can cause structural damage, and severe illnesses.

What moulds can make you sick?

Even though most common moulds are harmless and exist in the air we breathe, there are six types of toxic moulds with potentially severe health effects.

What are common causes of mould incursion?

We know mould prefers damp environments, but it doesn’t take much to create a suitable scenario for incursion. The most common causes of mould incursion are:

He advises caution when it comes to previous flooding. Years can pass with no issues, but as soon as the right humidity conditions occur, dormant mould spores can reactivate.

How can you detect mould?

Detecting mould can be tricky because it’s not always visible. It’s only when it blooms and spreads that it becomes easily detectable. Dank, musty, or mildew odours are good indicators of possible mould problems.

Mould spreads, so be sure to check all rooms in your home, especially dark and damp areas like the basement. Also check under the carpeting, flooring and behind wallpaper or drywall.

But what if I can’t see or smell any mould? If you or your family members have persistent allergy, cold or flu symptoms that subside when away from the house for any length of time, it could be an indicator of mould in your home. While mould test kits can be purchased, it’s a good idea to seek a professional to investigate further.

If you’ve discovered a small spot of mould, it’s possible to address it safely on your own, warm soapy water to help get deeper into semi-porous surfaces then use undiluted white vinegar to neutralize the bacteria that causes mould spores.

Large or widespread incursions, require a mould remediation professional, and it’s best not to disturb it further. If you attempt this scenario solo, you risk spreading the spores, feeding the mould—cleaners are often diluted using water which is what mould eats!—causing further structural damage. You can also miss something and have to remediate again, or become ill from breathing in the spores.

An ounce of prevention

As the old adage goes—there are some key things you can do to keep mould incursions out of your home, saving you a pound of cure down the road.

Do not allow wet materials to sit: Mould needs less than 48 hours to start growing, so never leave damp laundry or towels laying around.

Keep household surfaces clean: It’s recommended to give surfaces in your home—especially around sinks, tubs and tiles in your kitchen and bathroom—a good cleaning, disinfection and drying. Leaving dry surfaces after each cleaning is key.

Stow your belongings securely: Store seasonal items in secure bins with tight-closing lids to keep moisture out. Be sure to store any gear or boxes in a way that allows adequate airflow between them.

Maintain your plumbing: Monitor your plumbing, and repair or replace as needed to prevent leaky or weeping pipes.

Optimize airflow in your home: Keep furniture away from walls and open windows when possible to allow natural airflow through your home. Make sure any confined spaces, like your attic or crawl spaces, are well ventilated so moisture does not become trapped.

Reduce moisture in the basement: If the humidity is more than 50%, it’s advisable to run a dehumidifier, or install a foundation drain. Keep an eye out for foundation cracks and repair without delay—this is especially important if you own an older home. we suggest installing insulation and thermal or storm windows helps keep basements warmer and more dry. Mould is certainly nothing to ignore, especially when it comes to your household’s health and well being. If you keep a keen eye on your home with periodic inspections, maintenance and prevention measures, you will have more reason to rest easy. If by chance your inspections lead to a well-deserved renovation, then check out these eco-friendly tips for waste removal.

Luxury awaits you from the moment you step into this open concept, contemporary condo. Welcome to 828 Mikinak Road in the heart of Wateridge Village. This spectacular 2 bedroom condo shows like a model home. Large windows flood this unit with abundance of natural light. Impressive open concept design with 9ft ceilings. Entertain in style […]

Looking for Springridge & East Village houses for sale in Orleans? The Pilon Real Estate Group with RE/MAX Hallmark® has been #1 in the Orleans market for homes sold since 2015. We grew up here, we work here and we live here. We Know Springridge, East Village & Orleans! There are currently  5 homes for […]

Looking for Avalon houses for sale in Orleans? The Pilon Real Estate Group with RE/MAX Hallmark® has been #1 in the Orleans market for homes sold since 2015. We grew up here, we work here and we live here. We Know Avalon & Orleans! There are currently 20 homes for sale in the Avalon area. […]

HOMES IN CARDINAL CREEK FOR SALE

Looking for houses for sale in the community of Cardinal Creek in Orleans? The Pilon Real Estate Group with RE/MAX Hallmark® has been #1 in the Orleans market for homes sold since 2015. We grew up here, we work here and we live here. We Know Avalon & Orleans! There are currently 8 homes for […] 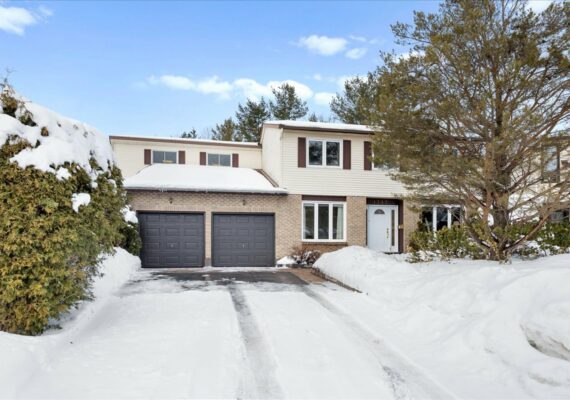 Welcome to 1785 Des Arbres Street located in the well-established community of Queenswood Heights South in Orleans. The home is situated on a quiet family friendly street backing onto a forested ravine designated for nature conservation. This unique single-family home was extended with a full addition similar in square footage to the original home. The […]

Looking for condominiums for sale in Orleans? The Pilon Real Estate Group with RE/MAX Hallmark® has been #1 in the Orleans market for homes sold since 2015. We grew up here, we work here and we live here. We Know Orleans! There are currently 31 condos for sale in the Orleans area. They range in […]