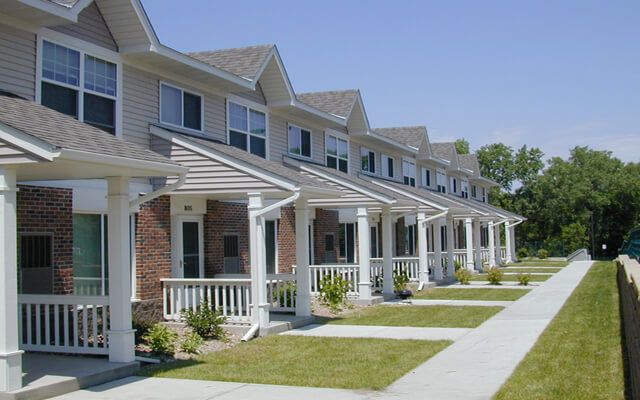 Could changes to mortgage qualification rules be enough to cool the hotter-than-hot Canadian housing market? We’ll find out soon enough, with the changes taking effect on Tuesday, June 1.

According to the Canadian Real Estate Association (CREA), residential sales declined 12.5 per cent in April, but the MLS® Home Price Index (HPI), which is considered more of an accurate representation than average and median pricing, climbed 2.4 per cent to a little more than $700,000. But while borrowing has never been cheaper, saving for a down payment can be difficult.

Over the last 12 months, the red-hot Canadian housing market has triggered an affordability crisis.

Before the coronavirus pandemic turned the Canadian economy upside down, it was typically the major urban housing markets, such as Toronto and Vancouver, that priced out most first-time homebuyers and young families. Today, nearly every housing market in Canada has become too expensive for many hopeful homebuyers, leading to calls for government intervention and monetary policy action.

But could public policy serve as a panacea for the current housing boom? Or would other market-based factors, such as more supply, be more effective in dousing the flames of this red-hot national market?

Mortgage rates have been steadily declining for the last 40 years, falling from more than 20 per cent in the early 1980s. This has allowed borrowers to take out larger mortgages, garner more housing options, and participate in cutthroat bidding wars.

In April, Canada’s top banking regulator proposed increasing the mortgage stress test level to 5.25 per cent, or roughly two percentage points above the market rate. This is up from the current 4.79 per cent. The purpose of the Office of the Superintendent of Financial Institutions (OSFI) adjustment is to ensure borrowers have the finances to pay for the loan at a higher rate, no matter what the lender is charging.

“The current Canadian housing market conditions have the potential to put lenders at increased financial risk,” OSFI said in a statement, adding that it wants borrowers to ensure they are financially secure five years from now. “OSFI is taking proactive action at this time so that banks will continue to be resilient.”

A 25-year mortgage of $700,000 at a five-year fixed-rate of 4.79 per cent would result in monthly payments of $4,006. If the rate were raised to 5.25 per cent, the monthly payment would be $4,194. It might not seem like much on paper, but for families that are house-rich and cash-poor, it can be a lot of money. Overall, it would make it harder to qualify for a mortgage, potentially reducing the number of qualified borrowers. If enacted, the idea is that it would ease the upward pressure on housing prices.

The new rules are scheduled to go into effect as of June 1 for uninsured loans. In the past, policy changes such as these created a stampede of homebuyers, rushing into the market to lock in a lower mortgage rate. There has not been any evidence of this yet, ahead of Tuesday’s kick-off.

Will the Canadian Real Estate Market Face Other Regulations?

What else could be done to rein in the Canadian real estate market? The National Bank of Canada suggests that the government could institute a ban on blind bidding. This consists of submitting bids on a property without knowing the value of competing offers. Proponents say this would effectively slow down the growth of real estate prices.

Others believe that raising interest rates would be a successful strategy to putting a cap on price growth. Since it would cost more to borrow, homebuyers would not be incentivized to take out a larger loan than they initially wanted so they could bid for a bigger home.

So far, the Bank of Canada (BoC) has not signaled that it will pull the trigger on a rate hike, although it reduces its monthly bond purchases. Speaking to reporters in March, BoC Governor Tiff Macklem expressed concern with the significant increases in the level of debt homebuyers are taking on to chase rising valuations across the Canadian real estate market.

With so many households working and studying at home, we see many people want more space and interest rates have been unusually low, making borrowing more affordable. While the resulting house price increases are rooted in fundamentals, we are seeing signs of extrapolative expectations and speculative behaviour.

Given elevated levels of household debt and the risk that households may overstretch in the face of rising housing prices, we welcome the recent proposal by the Superintendent of Financial Institutions to introduce a fixed floor to the minimum qualifying rate for uninsured mortgages. New measures just announced in the federal budget will also be helpful.

Christopher Alexander, Chief Strategy Officer and Executive Vice President at RE/MAX of Ontario-Atlantic Canada, and Elton Ash, Regional Executive Vice President at RE/MAX of Western Canada, are urging the government to be cautious with considering cooling measures. The most critical factor in explaining the housing boom is strong demand and low inventory.

As a result, these industry leaders put forth three recommendations that will be most effective in cooling the real estate market:

The final option is something that federal policymakers may have heeded, but arguably not to the degree required. In the 2021 Federal Budget, the Liberal government proposed $3.8 billion in funding for the construction, repair and support of approximately 35,000 additional housing units. Whether this is enough to curb the spike in prices or not remains to be seen, but at least it adds to the staggeringly low levels of stocks.

However, the concerning trend is that the seasonally adjusted annualized rate of housing starts tumbled 19.8 per cent in April to 268,631 units, falling short of the median estimate of 280,000 unit starts, according to the Canadian Mortgage and Housing Corporation (CMHC).

Many housing areas, from British Columbia to Nova Scotia, are struggling through an affordability crisis. Statistics Canada reports that the median after-tax income of Canadian families of two or more people sits at $63,000, which may not be enough to purchase a property in many parts of the country. With or without regulations, it is becoming increasingly more complicated for households to buy a home, relying on generational financing to purchase a property.

This is why it is critical to work with a trusted and experience Pilon Group Agent to ensure you find a home that matches your needs and budget. In this type of market, you never want to go into it alone – you need an ally! 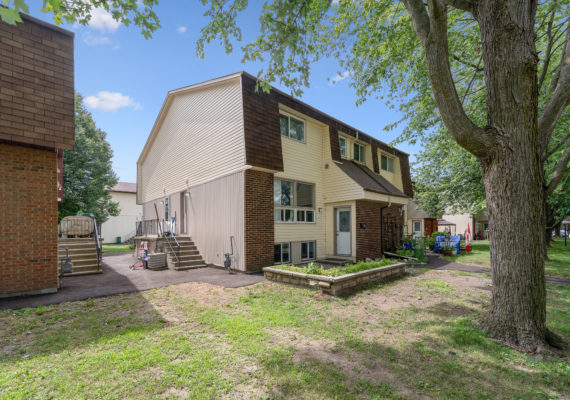 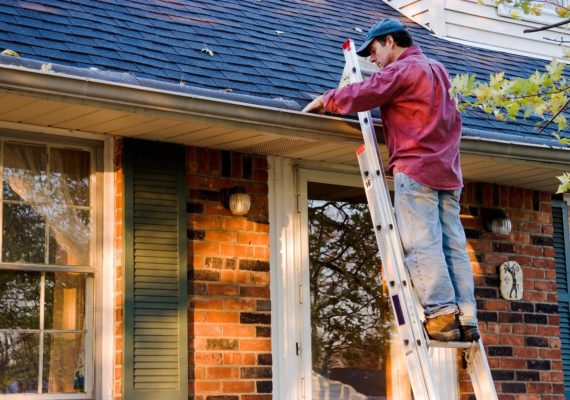 While it’s not a dramatic renovation project, regular home maintenance will help you maintain your home’s value. In fact, proper maintenance actually increases the value of a house by about 1 percent each year, according to research from the University of Connecticut and Syracuse University. Here are some strategies for keeping on track. Focus on Enemy […] 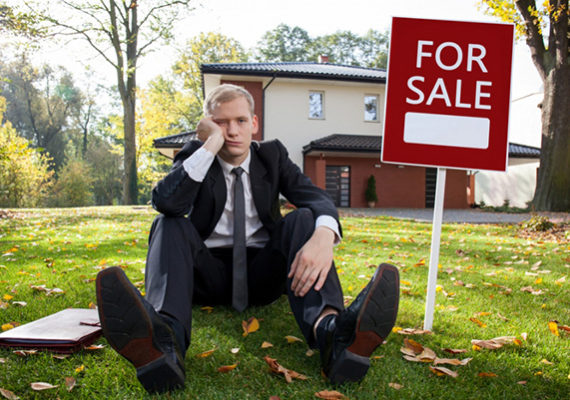 5 Reasons Homes Don’t Sell (and How to Address Them)

​It can be stressful to see your home languish on the market while others in your neighborhood are moving quickly. A home that isn’t selling can cost you time and money, not to mention your sanity. Here are five reasons your home may not be selling, and advice for addressing them. 1. Pricing Of course, […] 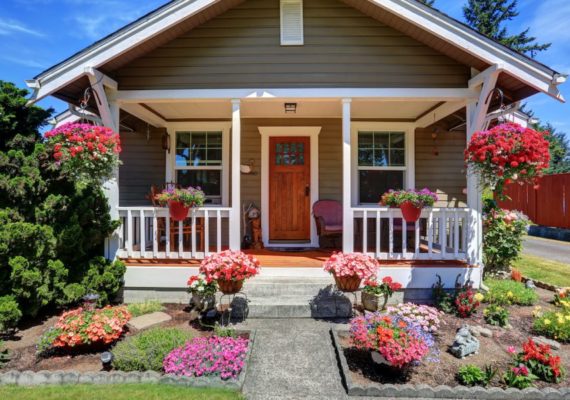 Selling your home in today’s market requires thoughtful planning and expertise. Buyers usually make snap judgements on whether or not your home fits into their criteria based on what they see in drive-by’s or what they see in photos online. The way your property looks from the street compared to your neighbour’s is a key […]

Budgeting for Inflation – as written by Sean Rankin If you thought the end of the pandemic would bring a return to economic normalcy, 2022 has certainly been surprising. Summer has seen inflation return to the forefront of consumers’ economic worries for the first time in decades. The inflation rate was 8.1% in June 2022, […] 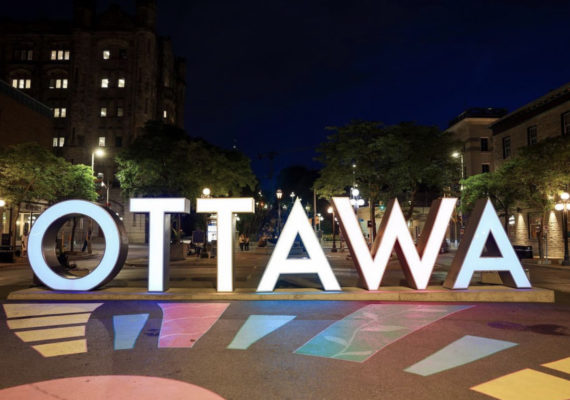 Things to Do in Ottawa this Month

Looking for something to do this month? Take a look at these suggestions from OttawaTourism.ca. Full Moon Yoga,  August 11 The MPI Foundation Canada Council, Move Camp Canada and the City of Ottawa are proud to announce the return of Full Moon Yoga at Lansdowne Park! Full Moon Yoga is offered free to the public […]