Saving Money When Buying a Home

Main areas you could compromise on to save money on your home price:

It is Outside the City Centre

Moving to the surrounding cities or towns bordering the major city centre will save you money on your home price. These areas are less popular to live in, but they may not be that way forever. It is the bordering towns that often see new developers building homes and attracting more businesses. An increase in town population requires the town to put in more infrastructure like schools and public transit. Eventually, most little towns become moderate-sized cities over time. In the short term, you may have a longer commute and less access to amenities, though, your home value may increase drastically in the long run.

The Neighbourhood Isn’t the Best

Homes that are only a few streets apart can attract different home prices. Homes on one street can be older, and on the others new, or one street is next to a busy road, and the other is in quiet development. Perhaps one home is on a street where crime is more likely to occur, and the other is not. Compromising on the neighbourhood can save you money in the short term, but in general, neighbourhoods take time to improve and lose certain stigmas.

Whether it’s cosmetic or structural and depending the amount of love & care is required to fix a home to your liking, you may want to consider purchasing a fixer-upper to take advantage of the lower price point and potential increase in price when you go to sell the home. If you have the skills to do some or all the repairs yourself, even better! Just be sure to do your research in advance on how much the home renovations will cost you. And as always, opt for a home inspection to ensure there are no underlying issues that might surprise you (and your wallet) later.

Looking for houses for sale in Barrhaven? The Pilon Real Estate Group with RE/MAX Hallmark ® has been the #1 RE/MAX team in the city for the last five years. We Know Barrhaven and all of its neighbourhoods including: Longfields, Hearts Desire, Stonebridge, Jockvale, Strandherd, Chapman Mills and Half Moon Bay. There are currently128 homes […]

Looking for houses for sale in Kanata? The Pilon Real Estate Group with RE/MAX Hallmark ® has been the #1 RE/MAX team in the city for the last five years. We Know Kanata and all of it’s neighbourhoods including: Beaverbrook, Katimavik, Glencairn, Bridlewood, Kanata Lakes, Morgan’s Grant and Trailwest. There are currently 129 homes for […] 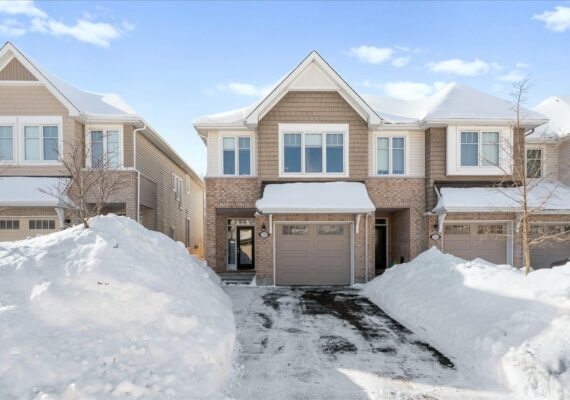 Welcome to 226 Wood Acres Grove, a charming and spacious home nestled in the peaceful neighborhood of Findlay Creek in Ottawa’s South end. This delightful property offers a warm and inviting atmosphere with a perfect blend of comfort and style. As you step inside, you will be greeted by a bright and airy living room […]

Members of the Ottawa Real Estate Board (OREB) sold 606 residential properties in January through the Board’s Multiple Listing Service® (MLS®) System, compared with 933 in January 2022, a decrease of 35%. January’s sales included 460 in the freehold-property class, down 30% from a year ago, and 146 in the condominium-property category, a decrease of […]

Looking for Notting Hill | Summerside houses for sale? The Pilon Real Estate Group with RE/MAX Hallmark ® has been #1 in the Orleans market for homes sold since 2015. We grew up here, we work here and we live here. We Know Notting Hill, Summerside & Orleans! There are currently 14 homes for sale […]