An “unconditional” offer is one that is made without any conditions attached – such as the buyer first being able to obtain financing, obtain a satisfactory home inspection, sell their existing home and/or other stipulations.

In a recent case called Perkins v. Sheikhtavi the Ontario Court of Appeal reinforced the idea that there is generally no “escape hatch” once you have made an unconditional offer, even when there is a drastic and unexpected turn of events soon after.

In March 2017, the Perkins put their home on the market, which sparked a bidding war among potential buyers. From a field of 13 competing bids, the Perkins accepted the nearly $1.9 million offer tendered by Shahla Sheikhtavi. Although Sheikhtavi’s offer was only the second highest, she made it unconditional; this made it attractive to the Perkins.

Soon after – but still before the closing date – there was an important plot twist: the government of Ontario announced its new Fair Housing Plan, which imposed a 15 per cent Non-Resident Speculation Tax on the price of homes in certain areas of Ontario. This announcement plunged the local real estate market into a downturn, with prices dropping by 20 to 30 per cent.

The Perkins put the property back on the market and sold it to another buyer for almost $620,000 less than Sheikhtavi had agreed to pay. They sued her in court for the price difference, and costs incurred as a result of her default.

The buyer stays on the hook:

Sheikhtavi objected to being held legally accountable for that difference on two grounds:

1) The agreement had been legally “frustrated” by the government’s Fair Housing Plan announcement;

2) There was an implied (rather than express) condition in her offer that her commitment to buy was conditional on her being able to sell her own home, and obtain mortgage financing.

Sheikhtavi did not persuade the lower court judge, who ordered that she pay the Perkins the $620,000 price differential. Sheikhtavi appealed to the Ontario Court of Appeal but was again unsuccessful.

That court agreed with the lower court judge that the legal doctrine of “frustration” did not apply in this scenario. In law, the concept of “frustration” is typically reserved for situations where some unforeseen supervening event “radically changes” the obligation between the parties, and where performing the contract becomes something “radically different” from what they had originally agreed.

Here, the government’s Fair Housing legislation was certainly a supervening event, but it did not rise to this threshold legal test for frustration of a contract. Instead, Sheikhtavi had simply breached her contractual obligations to the Perkins.

Likewise, the Appeal Court confirmed the lower court’s conclusion that Sheikhtavi knowingly omitted any terms in her offer about financing because she wanted her offer to be as attractive to the Perkins as possible, especially in light of the bidding war. She did this deliberately, being well aware that she was taking a risk that she would not be able to sell her own home or obtain financing in time.

In the end, the court dismissed Sheikhtavi’s appeal, and she remained liable for the $620,000, plus additional appeal costs.

Even at the best of times, the binding, iron-clad nature of an unconditional offer is important to keep in mind, given the customary volatility of the real estate market.

That concept is doubly important these days, against the background of the blind-siding pandemic, the global fallout, the political situation and continuing future economic uncertainty.

If you or your client are thinking of making an unconditional offer to buy, then know that your only potential “escape hatch” is where the entire deal has been completely changed by truly unforeseen, ground-shifting events (for example the home burns down or gets destroyed by insurrection before closing). These cases are very rare.

Otherwise, if you later find yourself facing unexpected challenges that jeopardize your ability to close, you will stay on the hook nonetheless – with no grey areas and no “wiggle room” for getting out of your unconditional Agreement of Purchas

THE FIRST OFFER IS NOT ALWAYS THE BEST

They say that the first offer you get is always the best. While this might be true most of the time, it is definitely not true all of the time. Check out the video to find out why!   Pilon Real Estate Group Featured Listings: Click here!  We Keep You Covered When You Buy a […]

HOUSES IN QUEENSWOOD HEIGHTS FOR SALE

Looking for houses for sale in the community of Queenswood Heights in Orleans? The Pilon Real Estate Group with RE/MAX Hallmark ® has been #1 in the Orleans market for homes sold since 2015. We grew up here, we work here and we live here. We Know Queenswood Heights & Orleans! There are currently 9 […]

HOUSES IN FALLINGBROOK FOR SALE

Looking for houses for sale in the community of Fallingbrook in Orleans? The Pilon Real Estate Group with RE/MAX Hallmark ® has been #1 in the Orleans market for homes sold since 2015. We grew up here, we work here and we live here. We Know Fallingbrook & Orleans! There are currently 26 homes for […]

HOUSES IN CHAPEL HILL FOR SALE

Looking for houses in Chapel Hill for sale in Orleans? The Pilon Real Estate Group with RE/MAX Hallmark® has been #1 in the Orleans market for homes sold since 2015. We grew up here, we work here and we live here. We Know Chapel Hill & Orleans! There are currently 16 homes for sale in […] 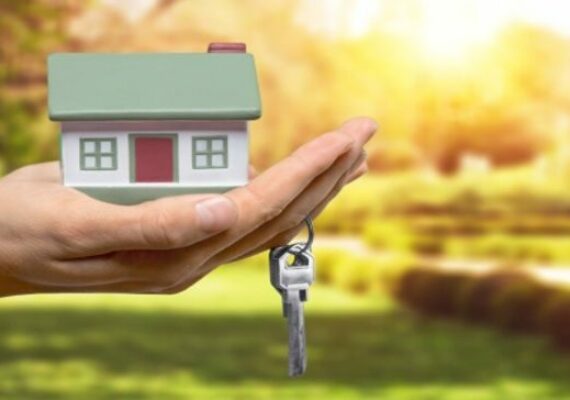 Are you thinking of buying a home? Check out our top 3 home buying myths before you take the leap!   Pilon Real Estate Group Featured Listings: Click here!  We Keep You Covered When You Buy a Home With Our 12 Month Buyer Protection Plan! Details at: www.HomeBuyerProtectionPlan.ca Free Home Search With Proprietary MLS Access […]

Looking for houses in Springridge & East Village for sale in Orleans? The Pilon Real Estate Group with RE/MAX Hallmark® has been #1 in the Orleans market for homes sold since 2015. We grew up here, we work here and we live here. We Know Springridge, East Village & Orleans! There are currently 5 homes […]